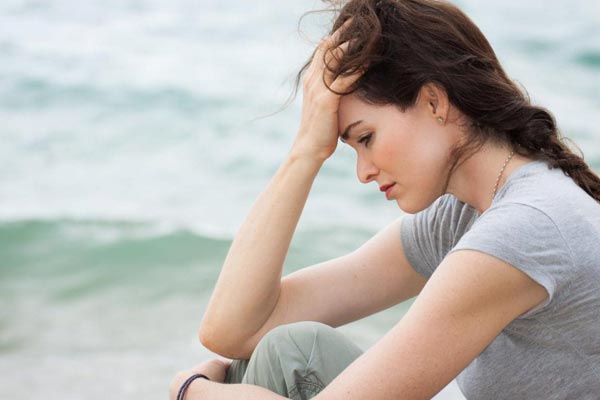 You might be forgiven for thinking that you are the only person living in your body (Neu, 2011).

However, the truth is that millions upon millions of microorganisms teem with life throughout the human body.

They are particularly concentrated along the gastrointestinal tract (the human gut that runs from your esophagus down through your stomach and ending at the anus).

For the past decade, mounting evidence has suggested that these microorganisms are involved in many common diseases.

Understanding them and how they cause disease (or at least why they change during disease) is a hot topic in science.

Below is a quick run through of exciting studies that show how the microorganisms (also known as the microbiome or gut flora) are involved in many diseases including depression, schizophrenia, anxiety, autism, Parkinson’s disease, Obesity, Diabetes, Colon cancer, Crohn’s disease, Ulcerative colitis, Rheumatoid arthritis and irritable bowel syndrome).

However this is just a quick snapshot – and there are many other diseases also known (or unknown!) to be associated with changes to gut flora begging the question – are gut bacteria the gatekeepers of ill-health?

Almost 1 in 10 people suffer from depression (reference) yet we still know very little about how or why depression occurs. Many theories of depression are outdated.

The most famous of these being something called the monoamine hypothesis, which argues that patients suffer from a lack of substances called monoamines and increasing these (which all common antidepressants) therefore relieves the depression (Tobe., 2014).

But what about those patients for which antidepressant doesn’t work? Do they suffer from too few monoamines?

Clearly, new models of depression are needed and one exciting possibility is the impact of the gut flora.

In one study  35% of patients with depression suffered from a condition called “leaky gut” (Maes et al., 2012).

This is significantly higher than the general population. This condition means that gut flora can often permeate (go through) the gut wall and cause an inflammatory response in the patient.

The mechanism by which this would cause depression in the brain is not known – but the association between the two conditions is clear.

Schizophrenia is a serious and debilitating long-term mental health disorder that also seems to have little with small bugs growing in your gut.

But mounting evidence suggests that the intestinal “microbiota” might play a role in the development of the disease.

One study by Olszak (Olszack et al., 2012) and collaborators show how the “microbiota” is involved in the regulation of the immune system (aka the body’s defenses against foreign invaders like bacteria).

Despite these exciting results there still hasn’t been a study looking at the makeup of different bugs in the microbiome as has been done in depression, autism and the like.

One would expect there to be differences, as in 2012 a study showed patients with schizophrenia have higher levels of antibodies against S. Cerevisiae, a component of the microbiome (Severance et al., 2012).

Humans only make antibodies against foreign invaders when they enter the venous system and come into contact with blood.

This suggests patients with schizophrenia have a leaky gut, meaning more bacteria escapes the digestive tract into the blood and therefore more antibody is produced in response to this.

However, further studies are needed to explore the link between gut bacteria and the brain in mental health diseases like schizophrenia.

So far we have seen how the human gut has been indicated in a number of serious mental health conditions like depression and schizophrenia.

It is then no surprise that there are a number of links being drawn between anxiety and the microbiome.

In one tantalizing study, 45 participants took prebiotics (these are molecules that increased the growth of certain microorganisms in the gut) over a 3 week period.

The participants scored significantly lower on anxiety tests during this period (Schmidt., 2014)

And so a pattern has emerged in Neuroscience. For each disorder of the brain, slowly the evidence has mounted that the gut microflora plays an important part in its development or regulation.

At the very least it seems that these disorders are in some way affecting the way the microflora are regulated.

As such, there is also a link between Autism and microflora. Autism is another developmental brain disorder that results in long-term deficits in the development of an individual.

It has long been known that IBS (irritable bowel syndrome) and leaky gut syndrome are associated with autism (de Magistris et al., 2010).

However, there is no evidence to suggest the composition of the different microorganisms in the GI tract is altered in individuals with autism.

One study found that there is less bifidobacterium in autistic children when compared with healthy individuals. (M De Angelis. Et al., 2013). What this means is unclear.

Could this altered makeup cause developmental changes in children that result in autism?

Or is it that autism somehow alters the internal environment of the gut, either by the child’s behavior or by some unknown biological mechanism?

Parkinson’s disease, a neurodegenerative disease of the elderly has also been implicated in the growing list of microbiota related diseases.

Typically patients over 60 get Parkinson’s a progressive and unrelenting decline in symptoms occurs over a time course of 10-15 years.

The disease is characterized by what is known as alpha-synuclein deposits (also known as “senile plaques”).

Alpha-synuclein a protein found in the cells of the brain (its function is unknown) that misfold and clump together.

When pathologists slice up the brains of dead Parkinson’s patients, they peer down the microscope and see the stereotypical clumps of alpha-synuclein that kill brain cells (neurons) and result in the classic tremor and “festinant” gait associated with Parkinson’s.

Microglia is immune cells which when activated often have toxic effects on neurons. As such overactivation can lead to neuron death.

This suggests the microbiome has some role to play in the progression and symptomatology of the disease.

Our guts are constantly digesting the food we consume, so it seems intuitive that gut bacteria might play a role in obesity – which is invariably linked to the amount, types and digestible components of food.

There are a number of different ways to study how the microflora affect certain diseases (like obesity).

Scientists can sample the gut of human or use animal models to get to the bottom of what’s going on.

A number of studies on the link between microbiota and obesity have involved animal studies. In lean and fit mice, bacteria are known as Bacteroidetes reduced whilst firmicutes increased. But what comes first – the chicken or the egg?

Do the gut microbiota changes CAUSE obesity, or do they simply change when a person changes their diet and becomes obese?

To tease out these subtle but crucial differences scientists extracted the flora from both obese and lean mice and transplanted (aka placed) them into the guts of mice that were germ-free (aka they had no microbiota!).

After just a couple of weeks, the obese microbiota mice had taken up more calories from food and had a significant increase in fat mass above the mice with the lean microbiota (Bessesen, 2007).

Whilst these findings are interesting – there are differences between mice and humans. However, in one study of 12 obese individuals whose microbiota was sampled, the same results as in mice were found.

That is lower Bacteroidetes in their distal gut than in the lean patients used as a control (Ley et al., 2006)

These findings and many more studies that have not been included here have shown that like many many other diseases there is a clear link between the composition of the bacteria and microorganisms in one’s gut and obesity.

It often stumps scientists why certain cancers increase in prevalence (that is, how much they appear in the population).

Colon cancer is one of these. Increasing rates in the western world (Cancer Research UK) did not have much explanation until recently.

According to new research certain microbes in the gut that feast on carbs could be a contributing cause.

Our western high-fat high carb diets could be increasing the growth of these bacteria and causing colon cancer (Gagniere., 2016)

Both Crohn’s disease and Ulcerative colitis come under the banner of Inflammatory Bowel Disease.

This is not to be confused with irritable bowel syndrome (the link between gut bacteria and this syndrome is explored in far more detail below).

Inflammatory bowel disease is a chronic condition where patients get recurrent flare-ups of severe symptoms like bloody diarrhea and fevers.

Even within the term inflammatory bowel disease, there is a lot of difference and patients with Crohn’s or ulcerative colitis will suffer different progressions of their disease.

As such it will come as no surprise that there seems to be a difference between microbiota in the diseases and this potentially affects progression and relapse.

In one study () a Spanish cohort of Crohn’s and UC sufferers had their gut bacteria sampled.

The patients with Crohn’s disease had far more dysbiosis (dysbiosis is defined as an unhealthy and unnatural combination of bacteria in the gut) than patients suffering from ulcerative colitis.

Rheumatoid arthritis is a chronic relapsing disease that is characterized by inflammation of the joints (typically the small joints of the hands like the knuckles).

It is an “autoimmune” disease meaning that the bodies own defense system attacks itself, resulting in inflammation and eventually damage to the joints and other areas of the body.

As we learned earlier, studies have identified the microbiome as a potent regulator of the bodies immune system and so it should be no surprise that autoimmune conditions like rheumatoid arthritis have been linked to the gut microbiota.

Some studies (such as one conducted by Jose Scher in 2013) have found high levels of unhealthy prevotella copri bacteria in patients with autoimmune joint disease (Scher et al., 2014) (such as rheumatoid arthritis). 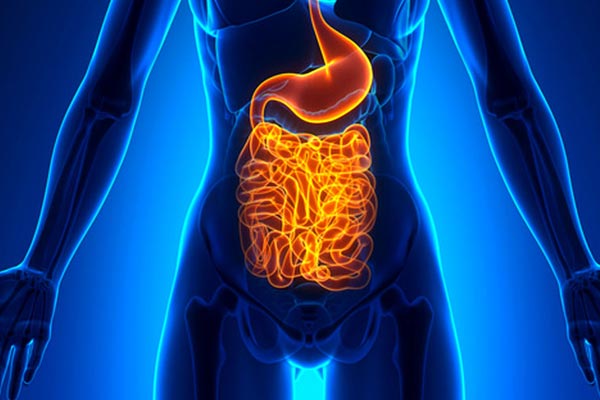 Irritable bowel syndrome, or IBS for short, has a contentious and often controversial standing in medical practice.

Patients typically complain of bloating and alternating diarrhea and constipation that is relieved by going to the toilet.

It is contentious in that its pathology (that is – what exactly is going wrong in the body) is largely unknown.

A number of theories have been touted including those that involve the gut microflora.

In a number of studies, it has been shown that “overgrowth” of the normal bacteria in the small intestines is linked to IBS (Ghosal, Shukla., 2017).

As seen in other conditions discussed above, there also seems to be a change in the types of bacteria that are growing (and not just how MUCH is growing).

Studies have even correlated with symptoms patients experience with the types of bacteria that are growing.

For instance, patients who complained of stool frequency (aka going to the bathroom a lot) had more Bifidobacteria and Lactobacilli (Parkes et al., 2011)

As we have seen the gut is a highly complex organ that plays host to millions of microorganisms.

Before, we thought these bugs had a limited role to play in causing disease. Afterall, most of them don’t cause diarrhea, vomiting or any kind of obvious infection so they were considered harmless.

Now a more sinister picture is beginning to emerge. From diseases you might think would be associated with gut bacteria like obesity, ulcerative colitis and IBS to more puzzling brain diseases like Parkinson’s, Schizophrenia and depression there is mounting evidence that the makeup of this “microbiome” is crucially important to the development of the disease.

Neu, J. (2011). Delivery mode shapes the acquisition and structure of the initial microbiota across multiple body habitats in newborns. Yearbook of Neonatal and Perinatal Medicine, 2011, pp.198-200.

John Cousins is a Graduate medical student at the University of Warwick. He has a degree in Neuroscience from University College London